Who will carry the legacy?
Chess.com, the world's largest chess site, and Dund AS, (insert Dund AS line here)  have announced that they will be the organizing partners of The 2019 Fischer Random Championship featuring chess superstars such as Hikaru Nakamura, Fabiano Caruana and World Champion Magnus Carlsen. This historic event will feature a qualifying phase open to all untitled players where thirty-two different 9-round Swiss qualifiers will be hosted exclusively on Chess.com beginning April 28. Entries can be purchased at www.FRChess.com with prices ranging from $5 for entry to 2 qualifying events, to $20 for entry into all 32 qualifying events.

This competition will feature a unique mix of qualifying rounds from non-titled to titled, to a knockout phase where 12 of the top players in the world will be seeded into 16-player brackets, with only the winners of each bracket moving on to meet Hikaru Nakamura and Fabiano Caruana, who have been seeded directly into the live quarterfinals in Norway as former Fischer Random Champion and reigning World Chess Championship challenger, respectively. From there, the players will play a double-elimination round to determine which 3 players will move on to face Magnus Carlsen, who is being seeded directly into the semifinals as defending champion. 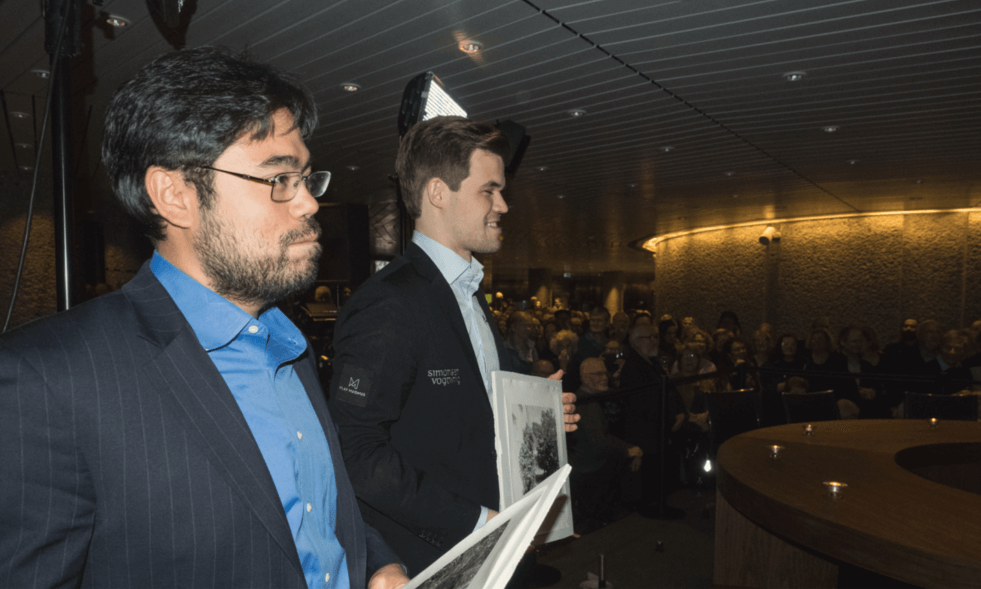 "We are thrilled to be the organizing partner for the 2019 Fischer Random Championship," said Chess.com CEO Erik Allebest. "We're excited to be teaming up with Dund A/S in providing an accessible path to stardom for players around the world!"

The tournament will feature a prize fund of over $325,000 USD and will be the first championship of its kind to feature an online, open qualifier with worldwide participation.

About Dund AS:
Dund organized the 2018 unofficial Fischer Random world title match between Classical chess champion Magnus Carlsen and recognized FR ace Hikaru Nakamura, who won the final Mainz
tournament in the discipline in 2009. The enormous interest generated by the event, which stole
nearly 2 million Norwegian television viewers away from the national obsession of the Winter
Olympics, gave Dund a taste for more.