This web site hosted the inaugural 'unofficial' World Championship in Fischer Random Chess, and is now the home of the new 2019 FIDE World Fischer Random Chess Championship cycle. This is the place to register, watch and follow the entire event. News, live action coverage, expert commentary, feature reports and more will all be available here. The playing area of the competition will be hosted by chess.com.

Dund organized the 2018 unofficial Fischer Random world title match between Classical chess champion Magnus Carlsen and recognized FR ace Hikaru Nakamura, who won the final Mainz tournament in the discipline in 2009. The enormous interest generated by the event, which stole nearly 2 million Norwegian television viewers away from the national obsession of the Winter Olympics, gave Dund a taste for more. 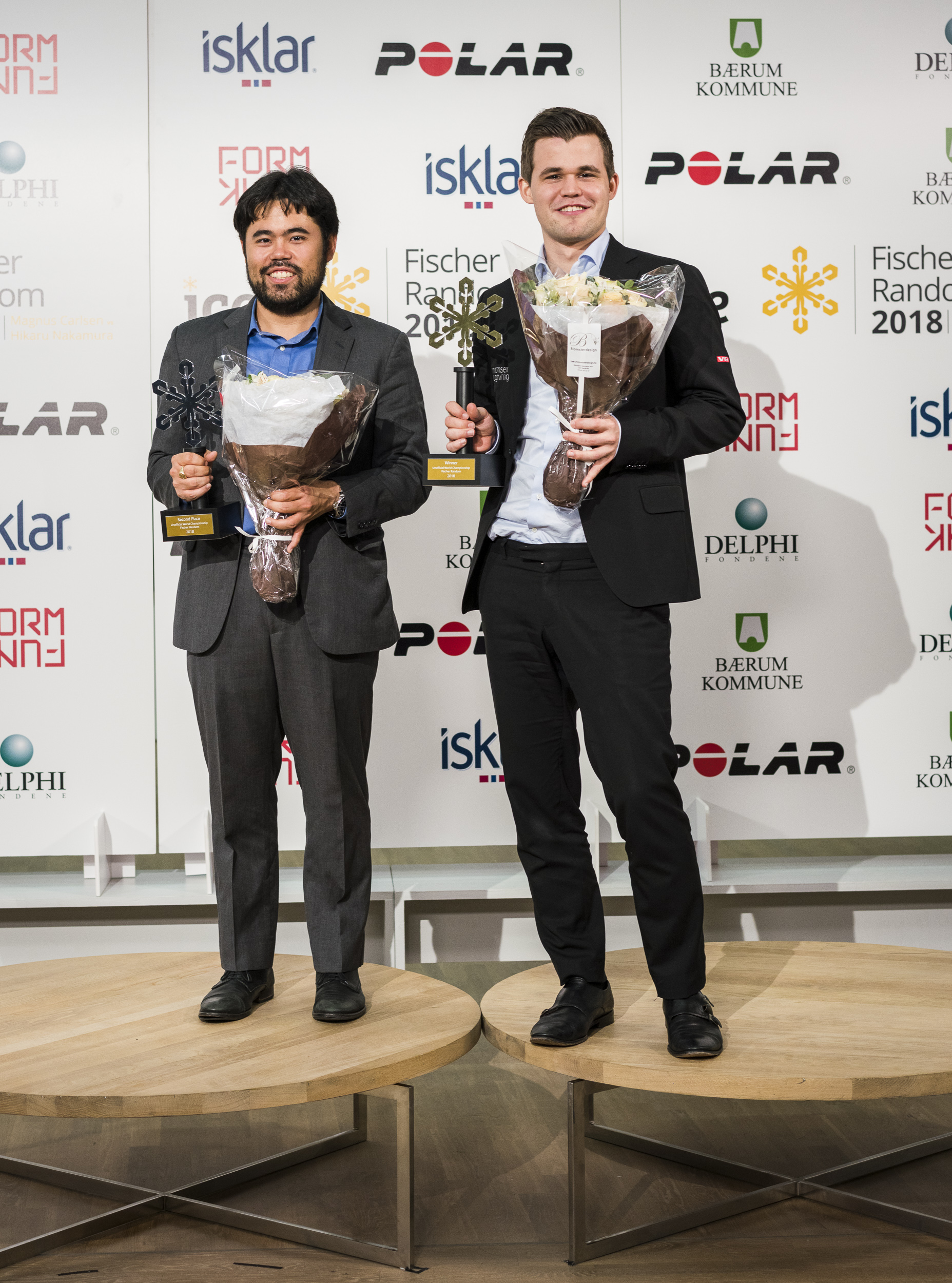 Dund was formed in 2017 by:Jøran Aulin-Jansson, a businessman and lifelong chess fanatic who always finds time to play, popularize and promote chess, from club to international level. Jansson headed the Norwegian Chess Federation from 2007-2015, been a member of International Chess Federation FIDE's Verification Committee from 2010-2014, and played a role in mobilizing most major events that have taken place in Norway, from the 2014 Olympiad in Tromsø, the Norway Chess supertournaments in Stavanger, and now the new vistas of Fischer Random. Jøran is rumored to have 36 hours in each of his days.

Arne Horvei, an experienced consultant from top-level marketing and communications with a special interest in event management and sponsorship strategies, who has also quickly built up similar expertise in the chess sphere. Horvei has been head of sales at telecom giant Telenor and Senior Advisor at Apeland, one of Norway's leading communications bureaus, as well as working with both the FIS Nordic World Ski Championships in 2011 and the Biathlon world championship in Oslo 2016. Mix this with being part of the Magnus Carlsen management team, plus PR & Communications and business development at Carlsen’s venture Play Magnus, and it is easy to see how Arne completes the Dund partnership. 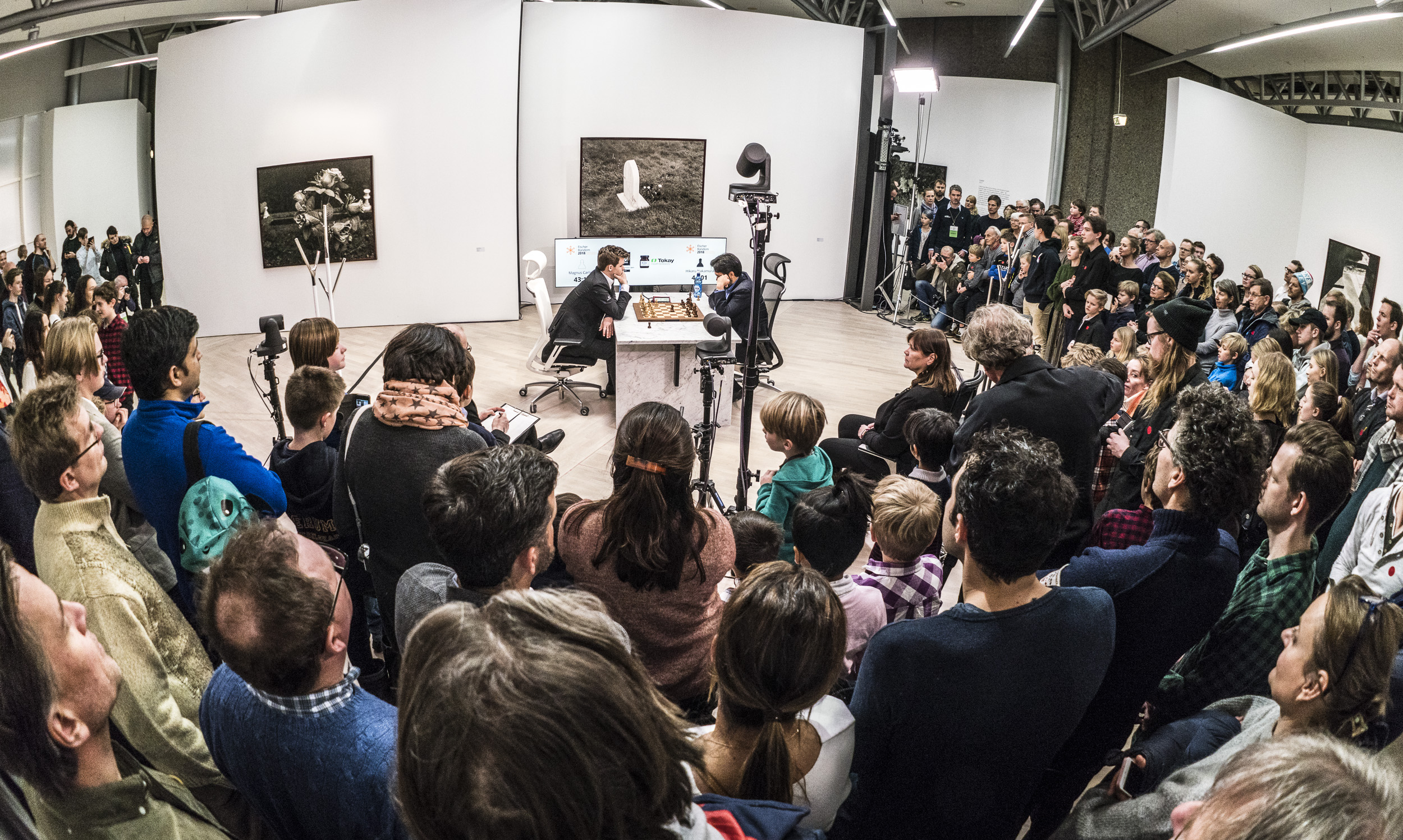 With well over 27 million members, the official partner for the playing side of the Fischer Random World Championship can confidently be called the #1 spot for online chess. Chess.com's full range of facilities and experience with organizing and covering competitive events make them a natural partner. Their live broadcast of the inaugural match between Magnus Carlsen and Hikaru Nakamura in 2018 attracted over 60,000 unique viewers per day and helped confirm the large potential audience for the chess variant.

Wesley So - First Official Fischer Random Chess World Champion!
Wesley So overwhelmed favorite Magnus Carlsen, and Ian Nepomniachtchi took firm control of the battle for bronze.
So on the Brink of Title After Blanking Carlsen
Two wins today and three in a row - Wesley So is on the verge of becoming the first official Fischer Random World Chess Champion.
So Stuns Carlsen to Take Early Lead
Favorite Magnus Carlsen needs a comeback after Wesley So conjured up a terrifying Halloween attack.
Carlsen and So to meet in World Fischer Random Chess Final
The finals were decided in the fast rapid section, in a highly dramatic day of nerves, action and dispute.